The remarkable true story of the small town that welcomed the world. Coming to Melbourne in 2021. Book Now! 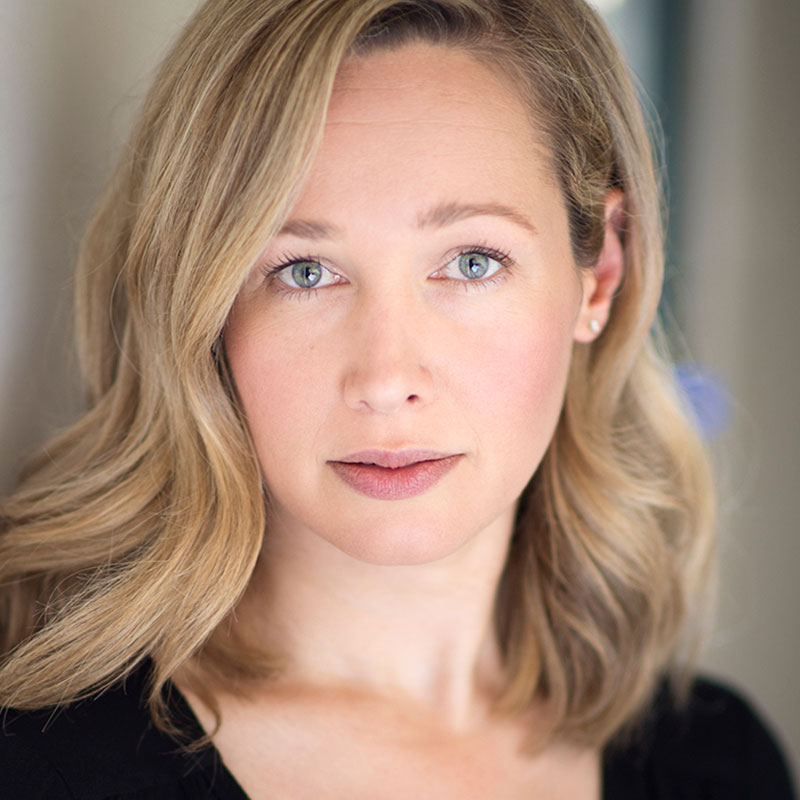 Zoe Gertz is a graduate of WAAPA (B.A. Music Theatre), and is acclaimed for her work performing in theatre, tv and cabaret.

Her credits include the 25th anniversary production of Les Miserables where she understudied and performed the role of ‘Fantine’, Fiddler on the Roof, Dirty Rotten Scoundrels, the ‘Witch’ in Into the Woods, and the Australian and Asian tours of Wicked. She was ‘Enid Hoopes’ in Legally Blonde the Musical, and part of the original companies of Australian musicals Priscilla Queen of the Desert, and Georgy Girl.

Most recently, Zoe was seen at the Hayes Theatre in Sydney as ‘Liz’ in High Fidelity, and ‘Ilona Ritter’ in the critically-acclaimed production of She Loves Me. 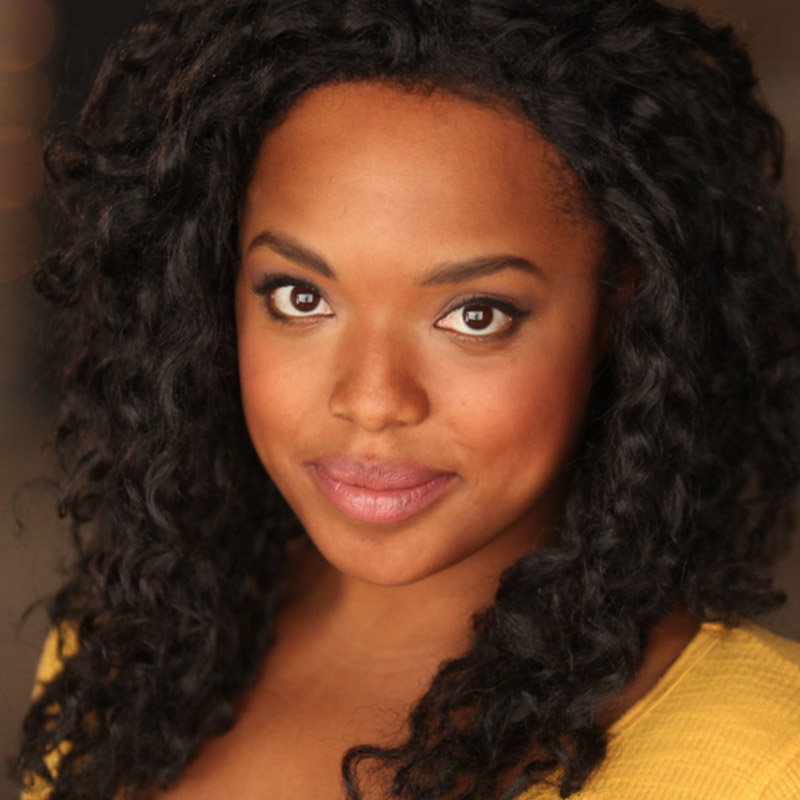 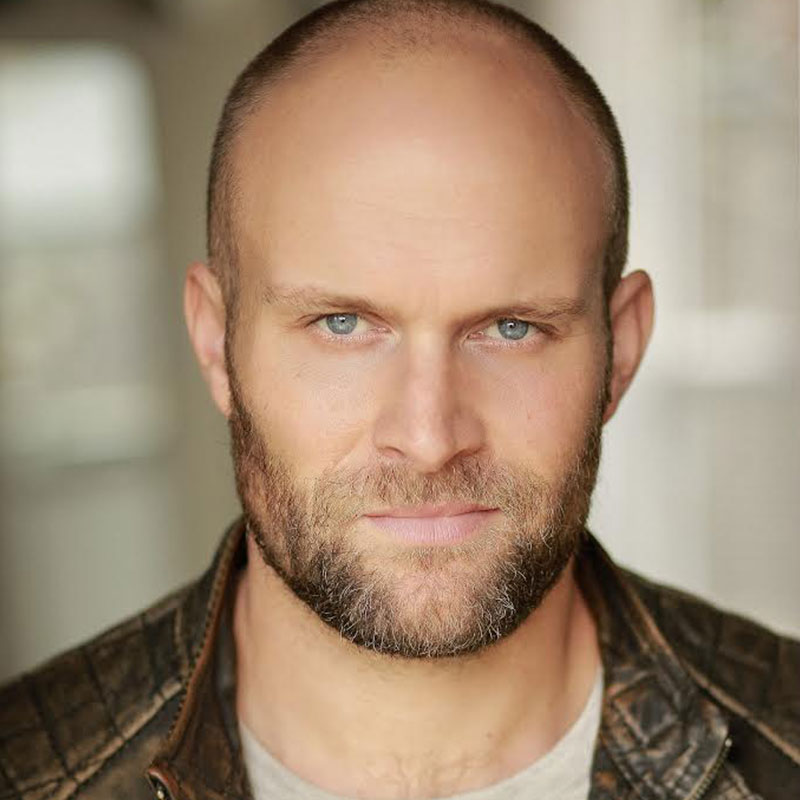 Kevin T and Others

Having spent most of the past five years working in the UK and Europe, Doug is delighted to be returning home for the Australian premiere of Come From Away. Highlights from a long list of theatre credits include: Titanic (Charing Cross Theatre, London), Manhattan Parisienne (The Other Palace, London), Beauty and The Beast (Regal Theatre, Worcestershire), Thirty-Three (Leicester Square Theatre), The Wharf Revue – Déjà Revue, The Wharf Revue – Open For Business (Sydney Theatre Company), Freud’s Last Session (Theatre Royal, Sydney), A Doll’s House (Sport For Jove), Neighbour Watch (Ensemble Theatre). His film and television credits include: Adrift, The Silent, The Ghost of Cassley, The Killer Beside Me, Vultures, Critical, Home and Away, Underbelly: Badness, All Saints. Doug is a graduate of WAAPA (Acting) and a recipient of the Mike Walsh Fellowship. 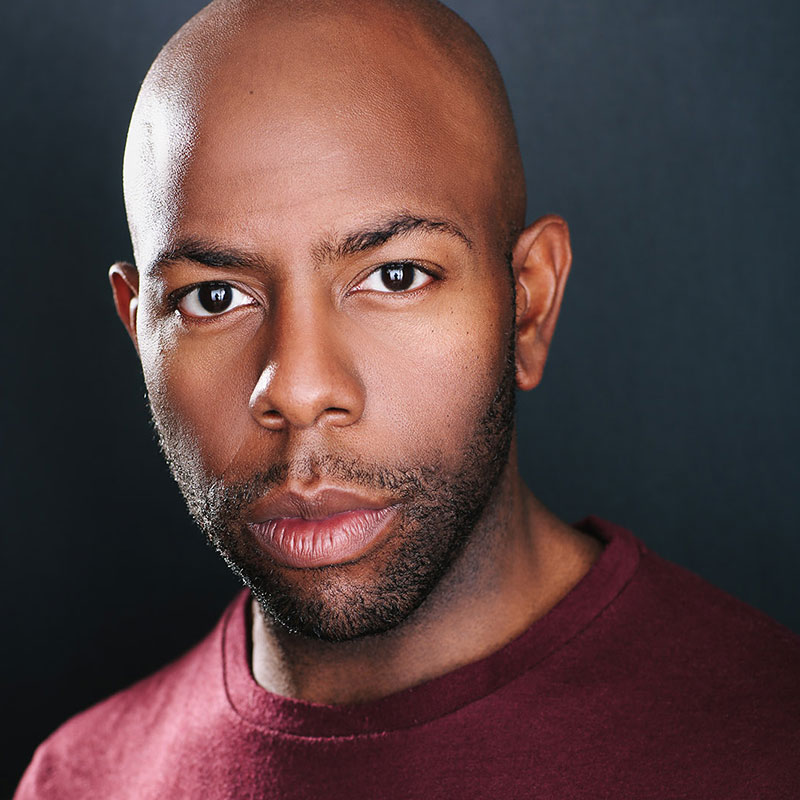 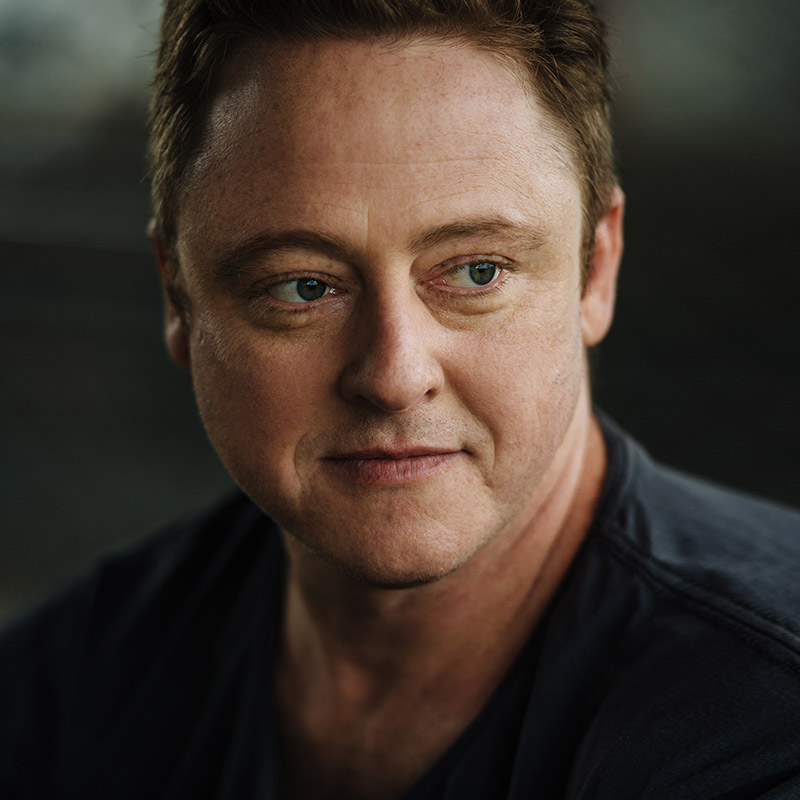 Simon Maiden has featured in the films The Dressmaker, The Great Raid, The Killer Elite and Romulus, My Father and the recently released sci-fi thriller Upgrade, with Simon as the voice of ‘Stem’. On television, he has appeared in Newton’s Law, Wentworth, Jack Irish, The Doctor Blake Mysteries, Winners and Losers, City Homicide, Rush, Satisfaction, Tangle, the telemovies Hawke, Dangerous Remedy, Underground: The Julian Assange Story and the miniseries Deadline: Gallipoli as ‘Winston Churchill’. His numerous theatre credits include Last Man Standing for Melbourne Theatre Company, Robots Vs Art with Tamarama Rock Surfers, Ruben Guthrie for Red Stitch, Criminology and Love for the Malthouse Theatre and Curtains for The Production Company. He is about to be seen in the world premiere of Lamb by Jane Bodie, with songs by Mark Seymour at Red Stitch. 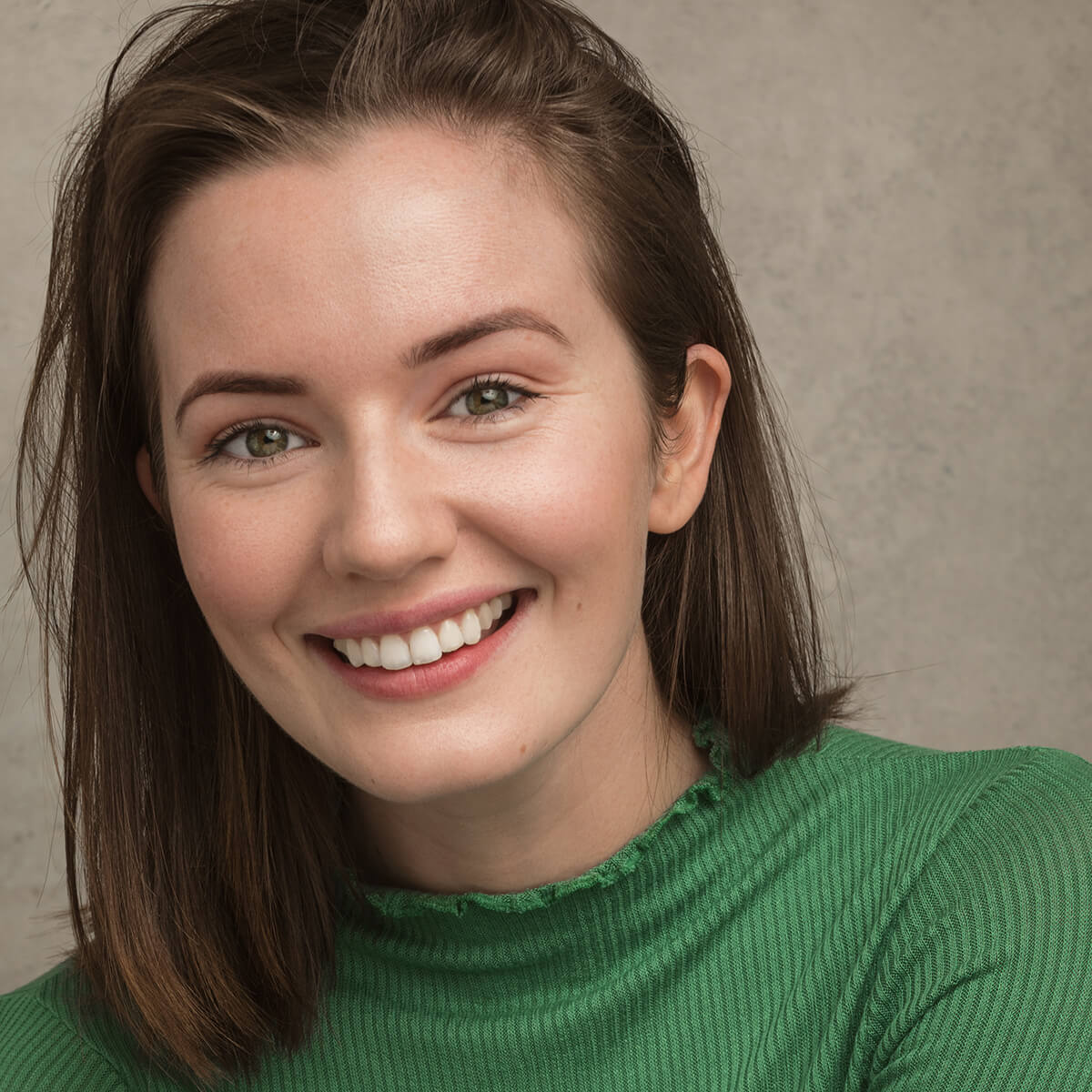 Sarah started her career as a member of the Children’s Chorus with Opera Queensland, before gaining her BA in Music Theatre at the Ballarat Arts Academy.  Sarah went on to play Tracy in Dust for Queens Theatre/Brisbane’s Powerhouse, Sally Brown in a new production of You’re A Good Man Charlie Brown and has toured internationally for Nickelodeon and Pen2Stage. Her breakthrough role was Lisa, the lead in Ladies in Black which enjoyed sellout seasons at both the Queensland and Melbourne Theatre Companies before it went on to a return Australian tour. She followed that with a national tour of Mamma Mia! in the principal role of Sophie Sheridan.

In addition to her stage work, Sarah has appeared in television shows such as The Doctor Blake Mysteries and Making Dust for ABC Artscape. 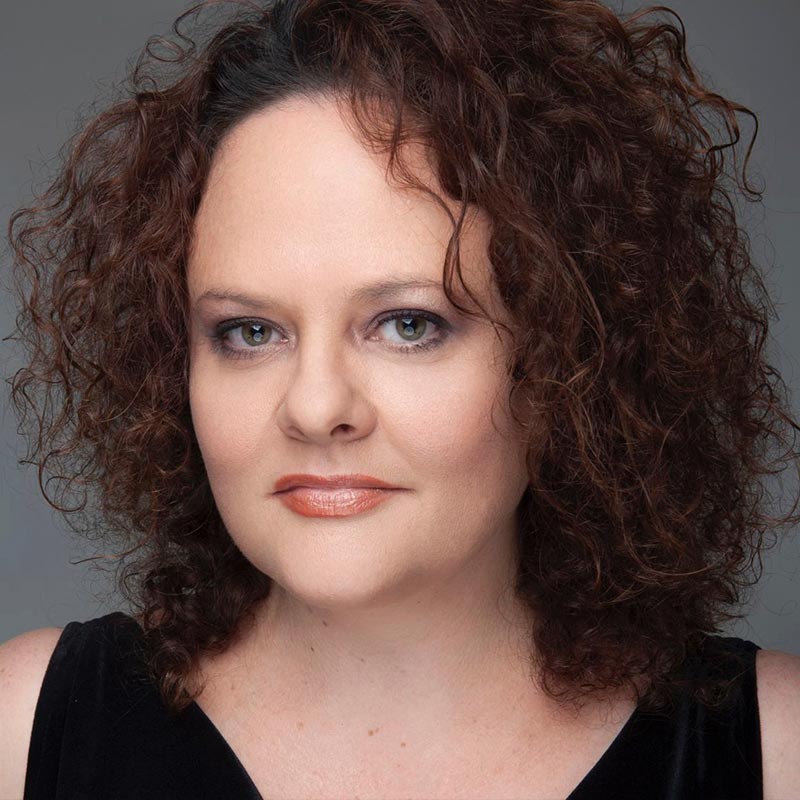 Emma’s first performance was at the age of three when she appeared on US television with Ronald McDonald. As a grown-up, she was part the Australian tour of The Pirates of Penzance with Jon English and Simon Gallaher. She then joined Les Miserables which toured to Singapore, Hong Kong, Korea and Cape Town. She went on to perform in Mamma Mia as ensemble in the original production then taking over the role of ‘Rosie’ for the Australasian tour. She played ‘Hattie’ in Kiss Me Kate and ‘Fruma Sarah” in Fiddler on the Roof. The last few years has seen her touring Australia in Kinky Boots as ‘Trish’ and in Priscilla – Queen of the Desert as ‘Shirley’. 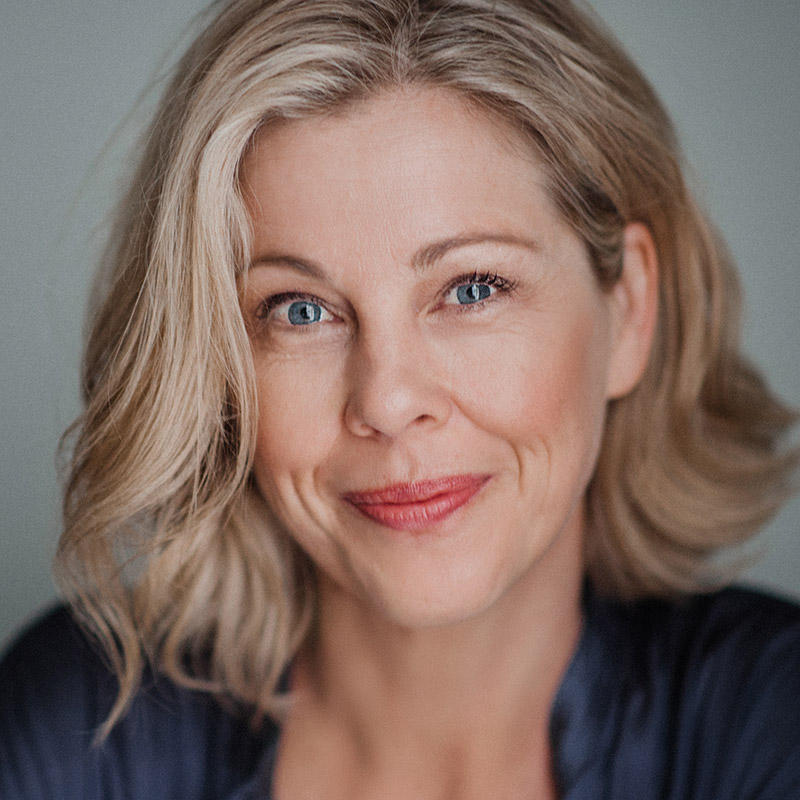 Katrina is one of Australia’s foremost leading ladies with an extensive list of credits to her name. Her phenomenal music theatre career includes roles in Dirty Rotten Scoundrels, Ruthless! The Musical, Falsettos, The Addams Family, Every Single Saturday, No Way to Treat a Lady, A Little Night Music, Wind in the Willows, Jekyll and Hyde, Las Vegas the Musical, Company, South Pacific, with Katrina garnering wins and nominations for Sydney Theatre, Helpmann and Glug Awards. Recent performances include the Hayes Theatre Company’s Big Fish and the Sydney Theatre Company’s Wharf Revue. In film, Katrina appeared in Accidents Happen and The Eternity Man and on the small screen, Love Child, Comedy Inc, The Chaser’s CNNN and Backberner. 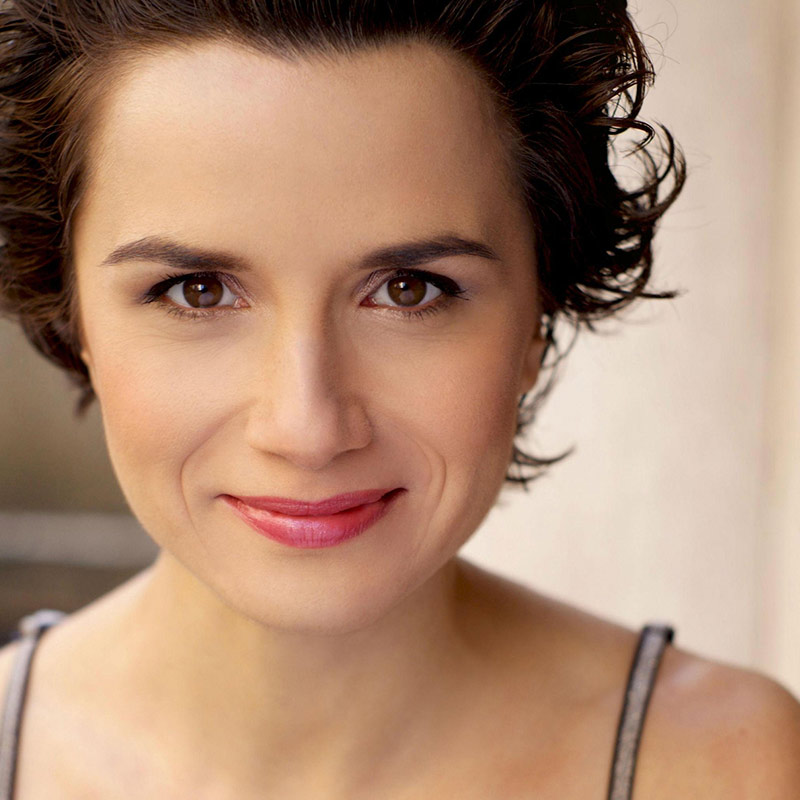 After graduating from WAAPA, Kellie played the lead role of ‘Sophie’ in the original production of Mamma Mia! The Musical for the Sydney premiere and the Australian, New Zealand and Asian tours. Kellie received a Green Room Award Nomination for her performance in Dean Bryant & Matthew Frank’s musical Virgins. She played ‘Janet’ in Gale Edwards’ The Rocky Horror Show, ‘Annie’ in Sideshow Alley, ‘Hortense’ in The Boyfriend and herself in The Production Company’s Jerry’s Girls. Kellie performed in the concert tour of ‘Broadway To Australia’ with Lynn Ahrens and Stephen Flaherty and the leading role in the workshop of Atlantis in New York. Kellie also played ‘Catriona’ in House Husbands and ‘Anita’ in Roger Hodgman’s Mother and Son. Most recently Kellie played ‘Lora Lee’ in Miracle City at the Sydney Opera House, she appeared in ABC’s Mustangs FC and as ‘Samantha’ in the Australian film, I’m Not Dead Yet. 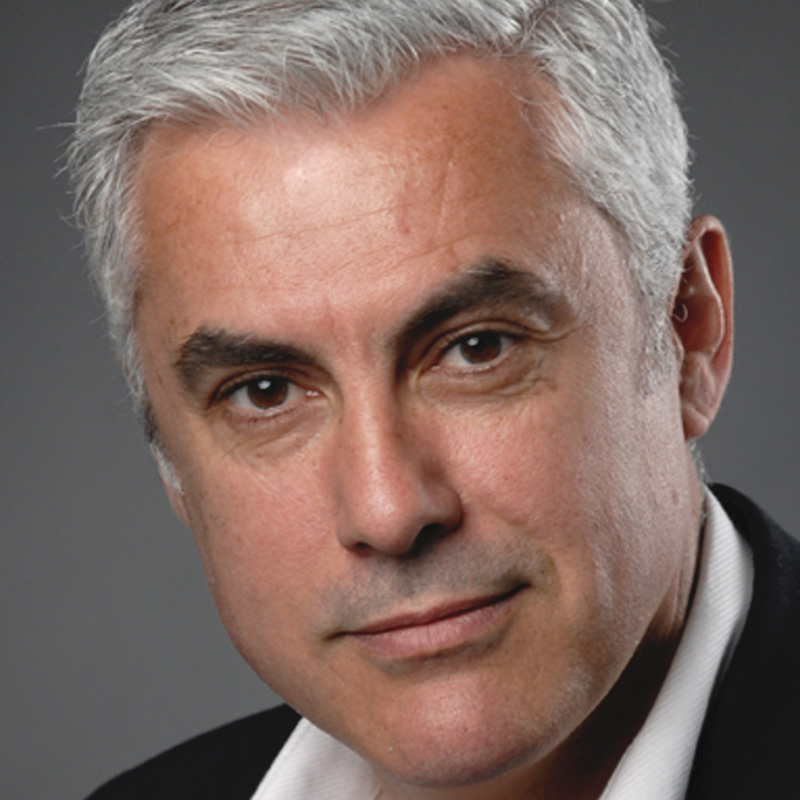 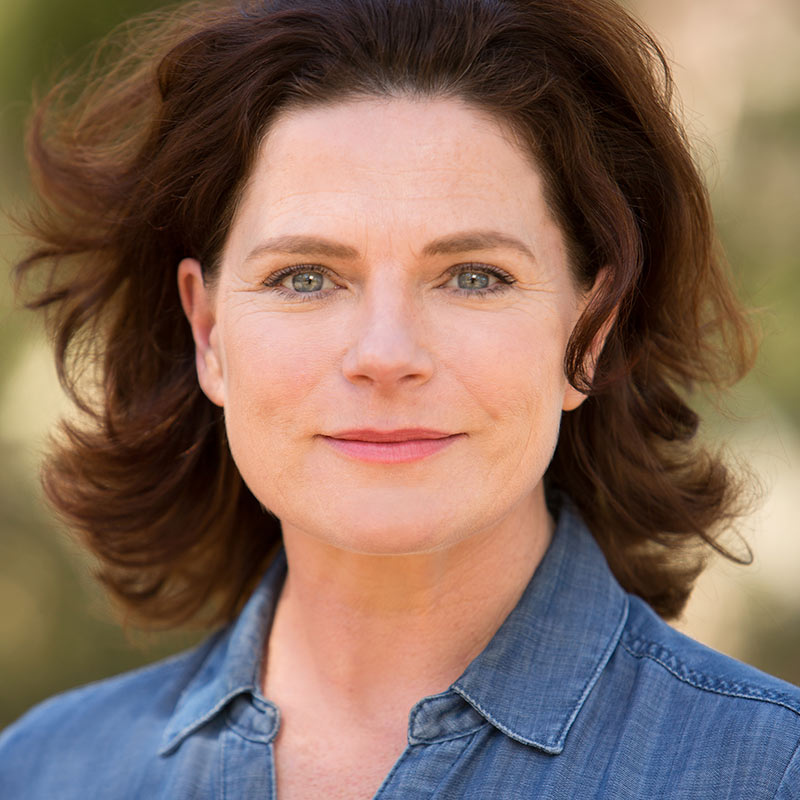 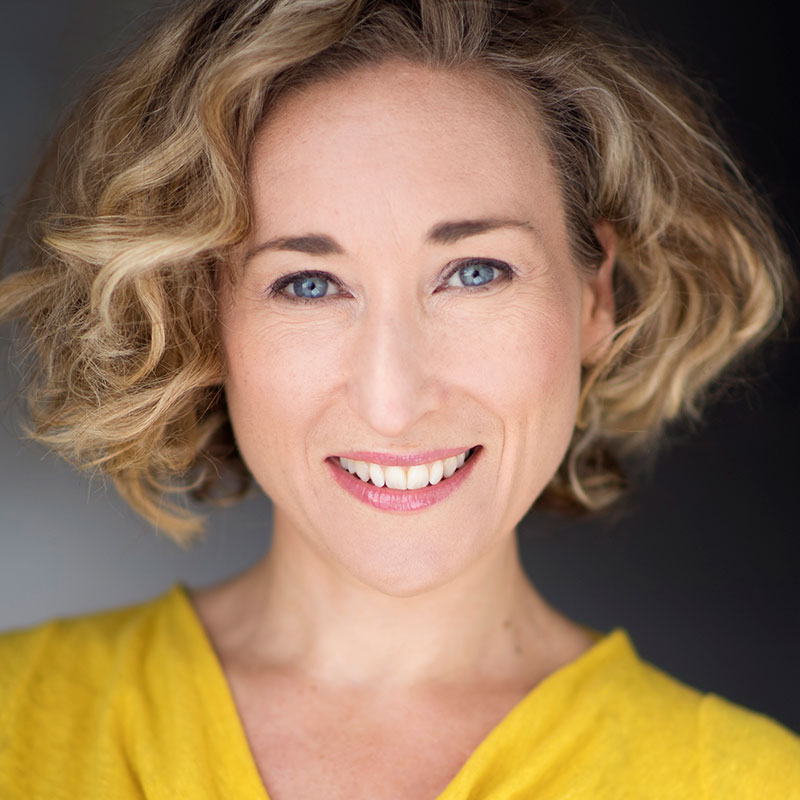 Canadian born Kathleen Moore has called Australia home since 2005. Kathleen joins the Come From Away cast fresh from the GFO/Opera Australia production of Evita. Kathleen has an Honours Degree in Theatre and post graduate studies in Opera and Art Song at the University of Toronto. Her Canadian stage works include, ‘Page’ in Seesaw, ‘Clarice/Brigella’ in Servant of Two Masters and Phyllis in Iolanthe. Her Australian productions include The Phantom of the Opera, Australasian Tour (RUG/GFO), The Pirates of Penzance, (Opera Australia), the first Australian production of The Light in the Piazza, (Lyric Theatre, Sydney), Dr. Zhivago, the Musical, (GFO), The Phantom of the Opera, International Tour (RUG), The Sound of Music (GFO) and La Bohème, (HOSH/ Opera Australia). Kathleen is thrilled to be a part of the Australian Company of Come From Away. 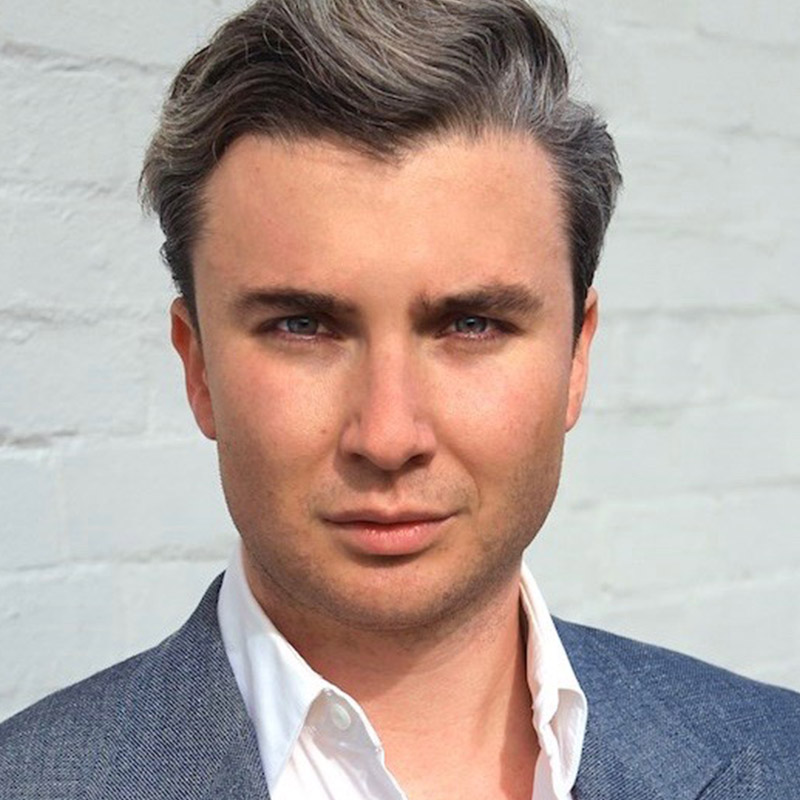 Hailing from Melbourne, Jensen is a graduate of The University of Melbourne and The Victorian College of the Arts.  His professional credits include the national tours of Fiddler On The Roof (TML Enterprises), Chitty Chitty Bang Bang (TML Enterprises), Wombat Stew (GGA), and Rock Of Ages (Newtheatricals).  Back home, Jensen has appeared in Crazy For You, Dirty Rotten Scoundrels, Nice Work If You Can Get It, and Brigadoon for The Production Company, as well as The Last Man Standing for MTC.  Jensen also owns The Greenroom Effect, a boutique business that develops industry-professional masterclasses for schools, and exciting entertainment packages for events.  Lastly, and perhaps most importantly, Jensen prides himself on the making of a perfectly balanced gin and tonic. 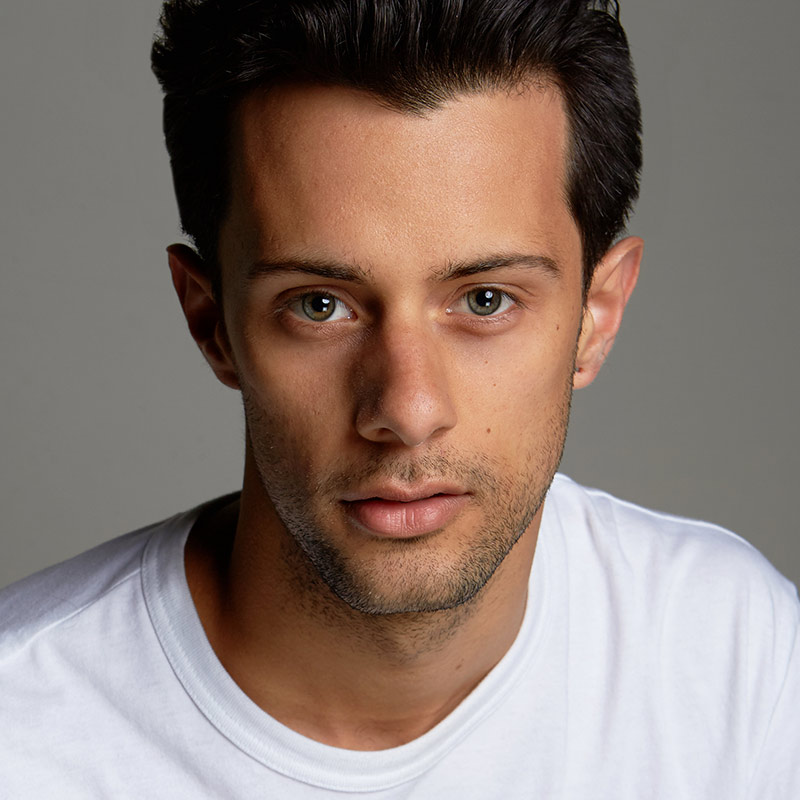 Ash is a graduate of the Western Australia Academy of Performing Arts (WAAPA). Credits include ‘Miss Understanding’/’Bernadette’ US in Priscilla, Queen of the Desert (NCL), ‘Cameron’ in Bring It On The Musical and was a Backing Vocalist in Twisted Broadway at Melbourne’s Regent Theatre supporting BCEFA. He is honoured to be joining the company of Come From Away and sharing this timely story of acceptance, kindness and generosity. 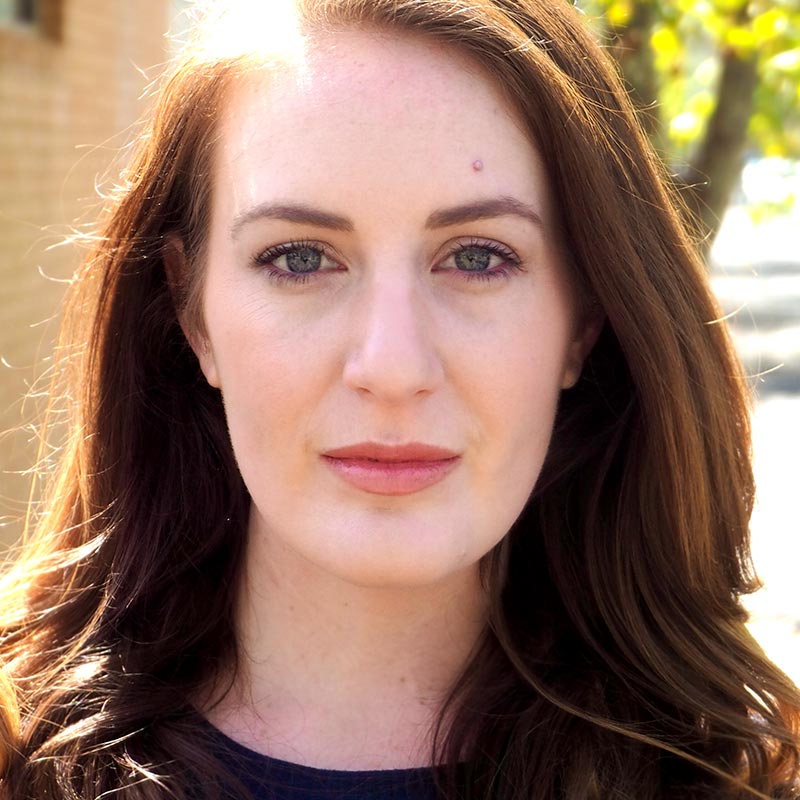 Alana is a VCA graduate with theatre credits including the Australian premiere of Georgy Girl – The Seekers Musical, ‘Ernestina’ in Hello Dolly for The Production Company, ‘Sonia’ in They’re Playing our Song, lead vocalist in California Dreaming-The Music of the Mamas and the Papas and ‘Keren’ in Third World Blues. Alana has created roles in two new Australian works, ‘Clarice’ in Dreamsong and ‘Maggie’ in NED – The New Australian Musical as well as being involved in the STC workshop of Muriel’s Wedding. Film and TV credits include Lone Wolves, To Claire, Doghouse, Reset, Communications and Punchliners, The Vonnegut Project and Truck Talk. Alana is thrilled to be a part of the Come From Away Company and would like to thank her agents Dior and Karen, her partner Joe and her wonderful parents for their constant love and support.

Thank you for joining the waitlist! You'll be the first to hear about exclusive presales and any news about Come From Away!

*By subscribing, you agree to receive email from the promoters regarding Come From Away and future events.

'IT DOES WHAT ALL THE BEST MUSICALS DO: TAKES YOU TO A PLACE YOU NEVER WANT TO LEAVE.'
Joe Westerfield, Newsweek

'A CELEBRATION OF THE BEST OF HUMANKIND, and an uplifting piece of art for our times.'
Tim Teeman, The Daily Beast

'IT’S IMPOSSIBLE NOT TO BE DEEPLY MOVED by this savvy and thoroughly entertaining musical. A tonic for our times.'
Frank Scheck, The Hollywood Reporter